Dr. Andrea Baratta is a native of southern NJ who graduated from Paul VI High School. She continued her catholic education at Villanova University {NCAA basketball champs 1985, 2016 (how about that buzzer beater?!!) and 2018} where she graduated cum laude. She went on to attend medical school at the University of Medicine and Dentistry of NJ-School of Osteopathic Medicine (UMDNJ-SOM) now known as Rowan University School of Osteopathic Medicine. Dr. Baratta graduated in 2000 and went on to complete a residency in Family Medicine at Christ Hospital in Jersey City, NJ where she served as chief medical resident in her final year. She achieved board certification in family medicine and went on to practice in northern NJ for 5 years in an office and hospital setting. During her time working as a family physician, she always held a special interest in dermatology. She went on to complete a second residency in Dermatology at St. John’s Episcopal Hospital in Far Rockaway, NY where she again served as chief resident in her final year.

After graduation she accepted a position at Macaione & Papa Dermatology Associates in Voorhees, NJ in 2011 and remained there for more than 5 years. While there, Dr. Baratta worked full-time practicing medical, surgical and cosmetic dermatology as well as teaching interns and residents in the office setting. Dr. Baratta has also volunteered her time giving lectures to the medical students and residents on common skin conditions and skin cancer. Dr. Baratta has several publications in the dermatology literature on topics such as pediatric pemphigus vulgaris and juvenile xanthogranuloma, among others. For two consecutive years, in 2014 and 2015, she was awarded the Doctors Choice Award, city of Voorhees.

In the spring of 2015, Dr. Baratta’s life changed dramatically when her mother was suddenly diagnosed with a rare form of bile duct cancer. She unfortunately lost her battle to cancer 9 months later. She knew her mother would not want her to sit idle with grief and instead do something positive and productive. Today Dr. Baratta stands proudly in her own office, her labor of love that she opened in honor of her mother, Rosalie Baratta. At Baratta Dermatology, she tries to carry on her mother’s traditions by creating a warm and welcoming atmosphere to every person that enters; the same way her mother treated every person that entered their home growing up. At Baratta Dermatology, you may not find a pot of meatballs on the stove but you will most definitely feel welcome and want to return.

Dr. Baratta did her research before opening her doors in Hainesport, NJ. She knew Burlington County was in need of a full-service dermatology practice. Although there are several excellent practices in the area, the wait-times for an appointment are extensive. Dr. Baratta also knew of several practitioners that were nearing retirement age and who did indeed retire shortly after her doors opened. As a result, Burlington County and the community beyond have welcomed her new practice with open arms awarding Baratta Dermatology the Doctors Choice award Hainesport 2016, SJ Top Doc 2 years in a row (2019, 2020) and The Best of Burlington County (BBC) 2019 and a BBC finalist in 2020. 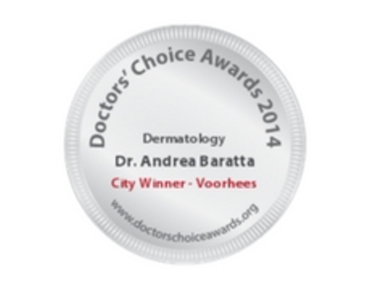 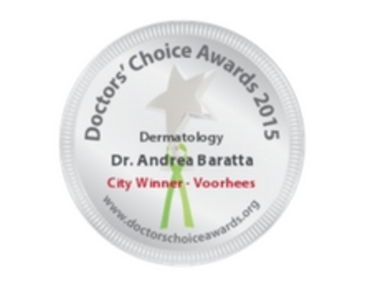 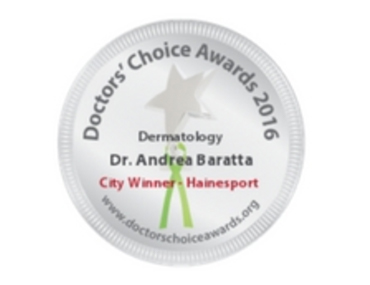 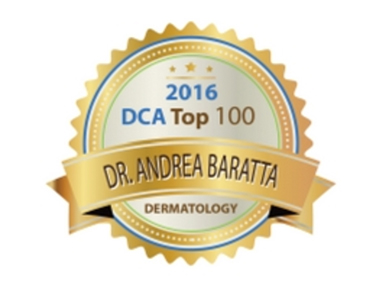